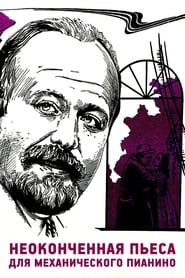 Early in the 20th century, family and friends gather at the country estate of a general's widow, Anna Petrovna. Sofia, the new wife of Anna's step-son, recognizes Misha, the brother-in-law of one of the widow's admirers: a few years before, they had been idealistic lovers and now she can't believe he has settled for a dim wife and a job as a teacher. Amidst parlor games and idle talk of women's rights and peasants' capabilities, Sofia and Misha rekindle their love. Will they flaunt convention, abandon families, and run away to pursue lost dreams? Rescue comes from an unexpected place.