Ondertitels 2009 - The Milk of Sorrow 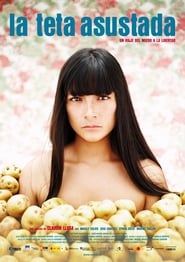 Fausta is suffering from a rare disease called the Milk of Sorrow, which is transmitted through the breast milk of pregnant women who were abused or raped during or soon after pregnancy. While living in constant fear and confusion due to this disease, she must face the sudden death of her mother. She chooses to take drastic measures to not follow in her mother's footsteps.