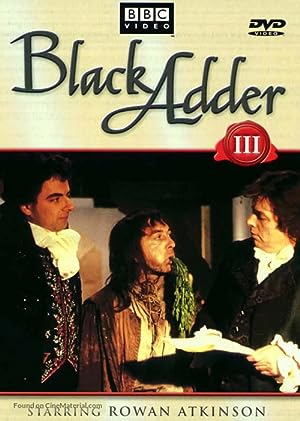 During the Regency period, the insane King George III's stark raving mad son, George, is the Prince Regent of Wales. Vulgar and staggeringly slow-and-dim-witted, George exhausts the country's money and would surely be dead by know were it not for his dry, angry, bitter, arrogant and cynical butler, Edmund Blackadder, Esq. Blackadder is an ex-aristocrat who has lost his family fortune and been reduced to servant-hood, and full of loathing knowing he should have a better position then serving a lunatic. Sod-Off Baldrick is his dirty, smelly peasant servant, and Mrs. Miggins is an annoying cheerful coffee-shoppe owner who is too stupid to understand most of Mr. Blackadder's insults.